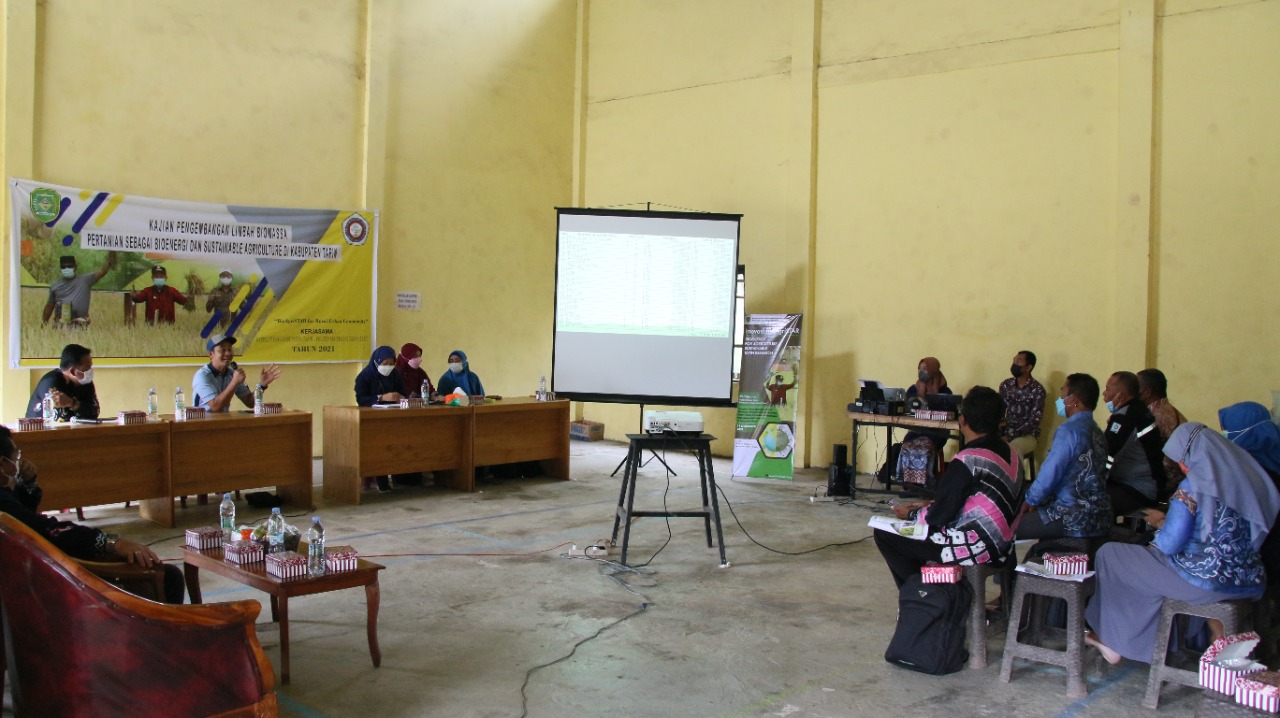 Politala- On Thursday 11 November 2021, Tanah Laut State Polytechnic together with the Development Planning, Research and Development Agency (Bappelitbang) of Tapin Regency, held a Study on the Development of Agricultural Biomass Waste as Bioenergy and Sustainable Agriculture. This activity was carried out in the Sungai Bahalang Village Office Hall, Tapin Regency.

This study was conducted as a follow-up to the collaboration between Politala and Bappelitbang Tapin Regency, which previously signed a Memorandum of Understanding (22/10).

In the presentation session, the background for the creation of biogas production equipment was explained. That rice straw and cow dung have the potential to be developed in Kab. Tapin as a biomass material that produces biogas. It also explains how to manufacture and the total cost to make the tool.

Meldayanoor said that the creation of the biogas-making device was initiated by public unrest with wasted agricultural and livestock waste. So there needs to be a tool that is able to process all of the waste so that it can be reused in this case into biogas.

The tool is operated directly in front of the Bahalang River Village community and all invited guests present. It also explains the steps that need to be taken to be able to produce biogas and can then be used for cooking.

As a representative of Bappelitbang Kab. Tapin, H. Meidy said, “In our office there is still one more tool that has been prepared, which is just waiting for the leadership’s direction, and it is hoped that this study will provoke other villages to be interested in developing the innovations that we are doing”, he said.

It is hoped that the tool created by the lecturers of the Politala Agroindustry Study Program can be an alternative to the use of LPG gas so that it can reduce the household costs of the people in Sungai Bahalang Village. Hms_Politala