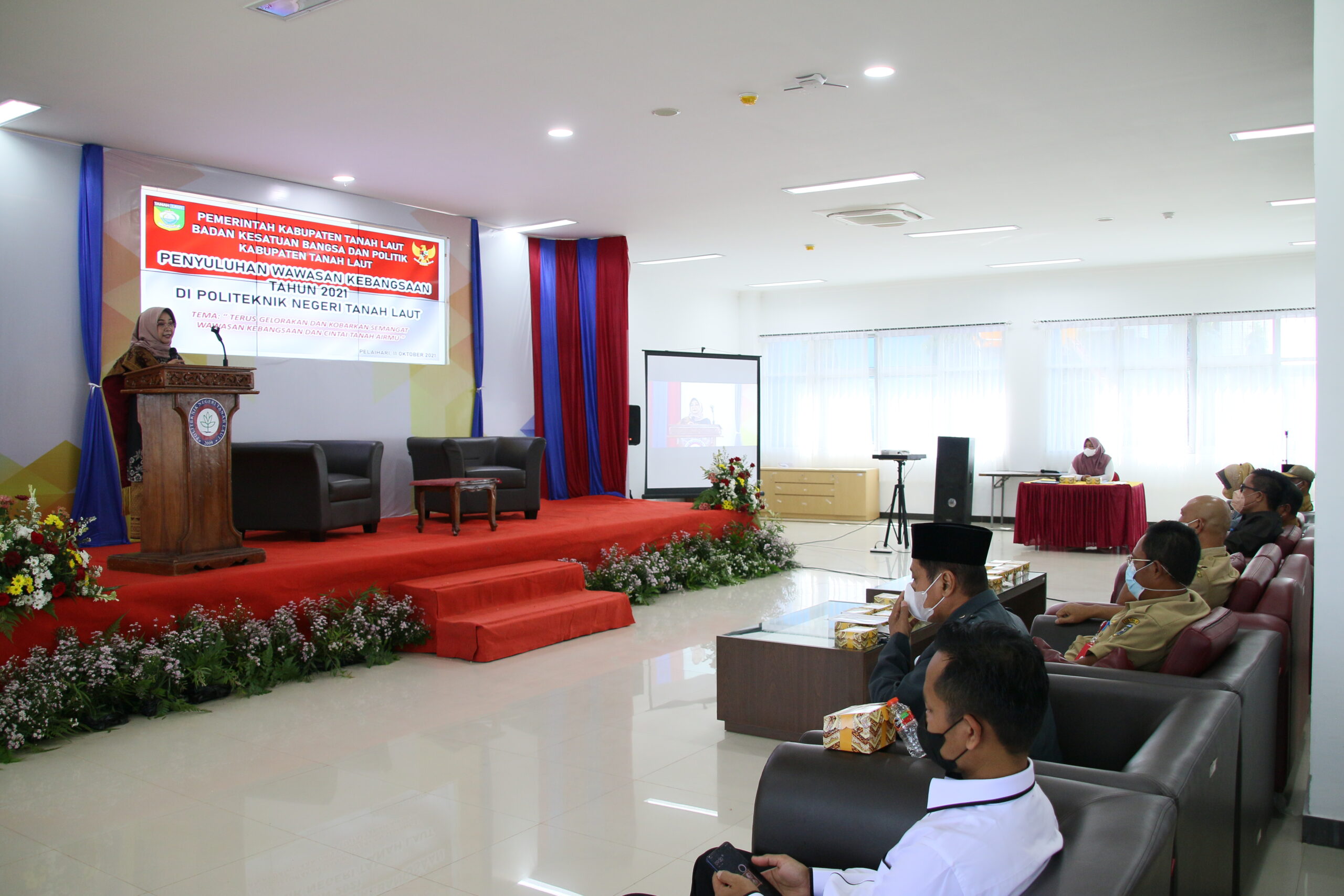 Politala- In order to continue to improve a high attitude of Nationalism to the younger generation, the National Unity and Political Agency of Tanah Laut Regency held a Nationality Insight Extension in 2021 with the theme “Keep Invigorating and Igniting the Spirit of National Insight and Love for your Homeland” to Politala students located in the Hall of the Floor 1 Tanah Laut State Polytechnic Informatics Engineering Building, Monday (11/10/2021).

The counseling which was held offline and online was opened by singing the national anthem Indonesia Raya, followed by remarks by Director Poiitala Mufrida Zein. In his remarks the Director revealed that national insight is important in the form of strengthening the existence of a strong, united and competitive nation, as well as maintaining history and love for the homeland.

“I hope this counseling can foster the values ​​of togetherness, respect each other, develop an attitude of tolerance and foster the process of assimilation between all elements. In addition, the insights gained can be disseminated to the public to be implemented in their daily life”, concluded the Director.

The next speech was by the Chairman of the Tanah Laut DPRD, Muslimin. Muslimin in his speech said that every generation is a new society that must acquire knowledge and understanding of national insight. Muslimin also invites all participants to continue to instill principles as a component of the nation that plays a role in contributing to national development.

“We also continue to remind to always instill the spirit of nationalism, maintain the integrity of the nation’s identity and a high sense of state defense while still embodying the values ​​of Pancasila,” said Muslimin at the end of his speech.

It was followed by a speech from the Regent of Tanah Laut which was read by Assistant I Bid. Equity and People’s Welfare, Tanah Laut Secretary Khairul Rizal at the same time officially opened the 2021 National Insights Extension event at Politala. In the contents of the speech that was read, the Regent of Tanah Laut emphasized that campuses and students are the future bulwarks of society, nation and state to counter three national issues, namely radicalism, terrorism and drugs.

The Regent also invited the entire academic community and all Politala students to unite their determination to spread peace anytime and anywhere to anyone. The Regent hopes that all participants are able to absorb and apply the knowledge provided and can be applied in everyday life.