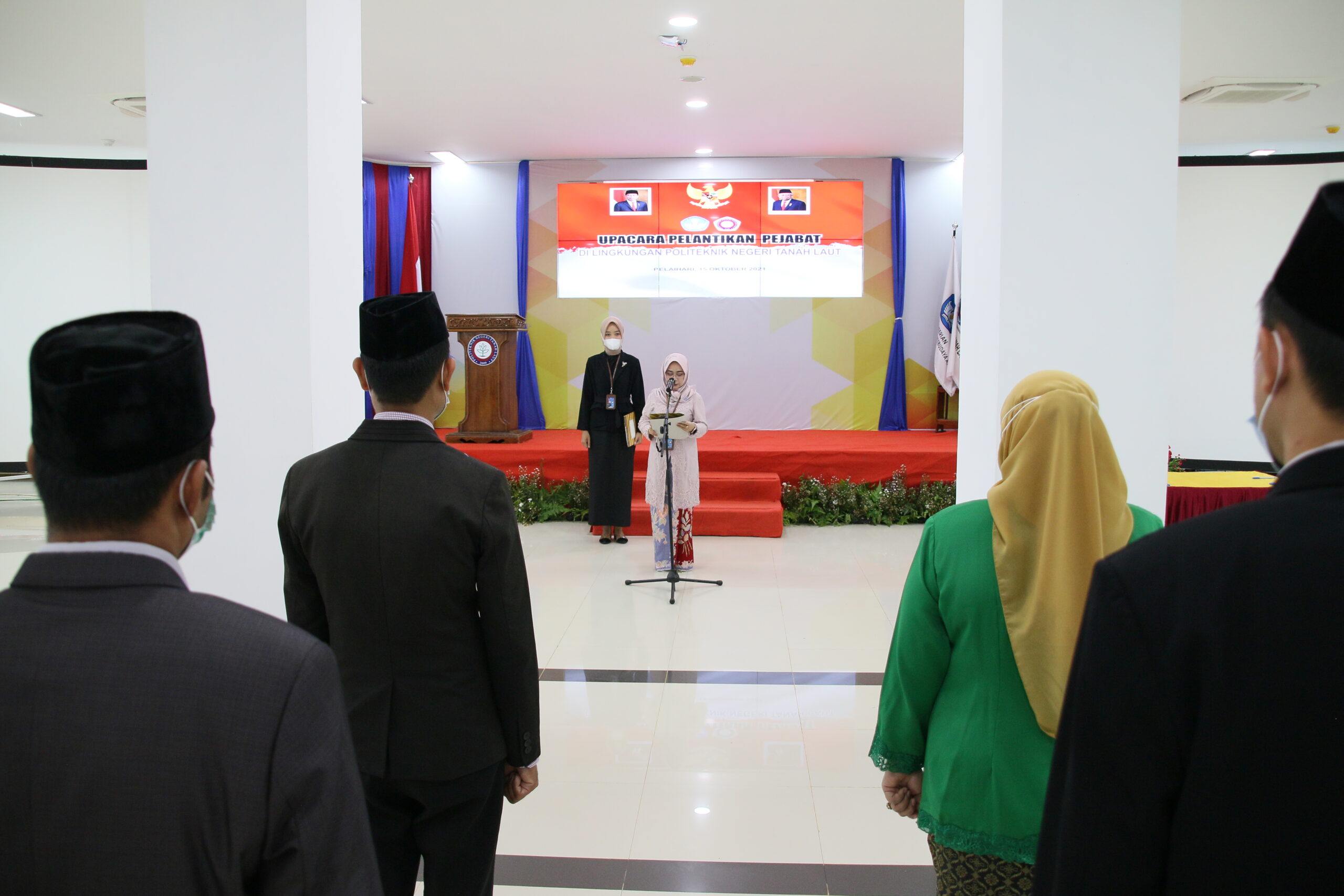 Politala- On Friday, October 15, 2021, at the Politala Informatics Engineering Building Hall, an Official Inauguration Ceremony was held in the Politala environment. The ceremony was led by the Director of Politala Dr. Mufrida Zein, S.Ag., M.Pd.

The inauguration ceremony began with singing together the national anthem Indonesia Raya. Furthermore, the Director reads the oath of office, which is followed by 26 inaugurated officials and continues with the signing of the minutes of the oath of office.

The officials who were appointed and took the oath of office were:

Director Politala in his remarks congratulated and successful, to all appointed officials. The Director also hopes that the position held is a mandate that must be carried out as well as possible.

“I express my appreciation to those of you who have worked at Politala for a long time, hopefully they will become more active and maintain the values ​​of the founders of Politala such as caring character, mutual cooperation that is built together,” said the Director. Hms_Politala

Comparative Study and MoU Signing During Politala's Visit to PENS