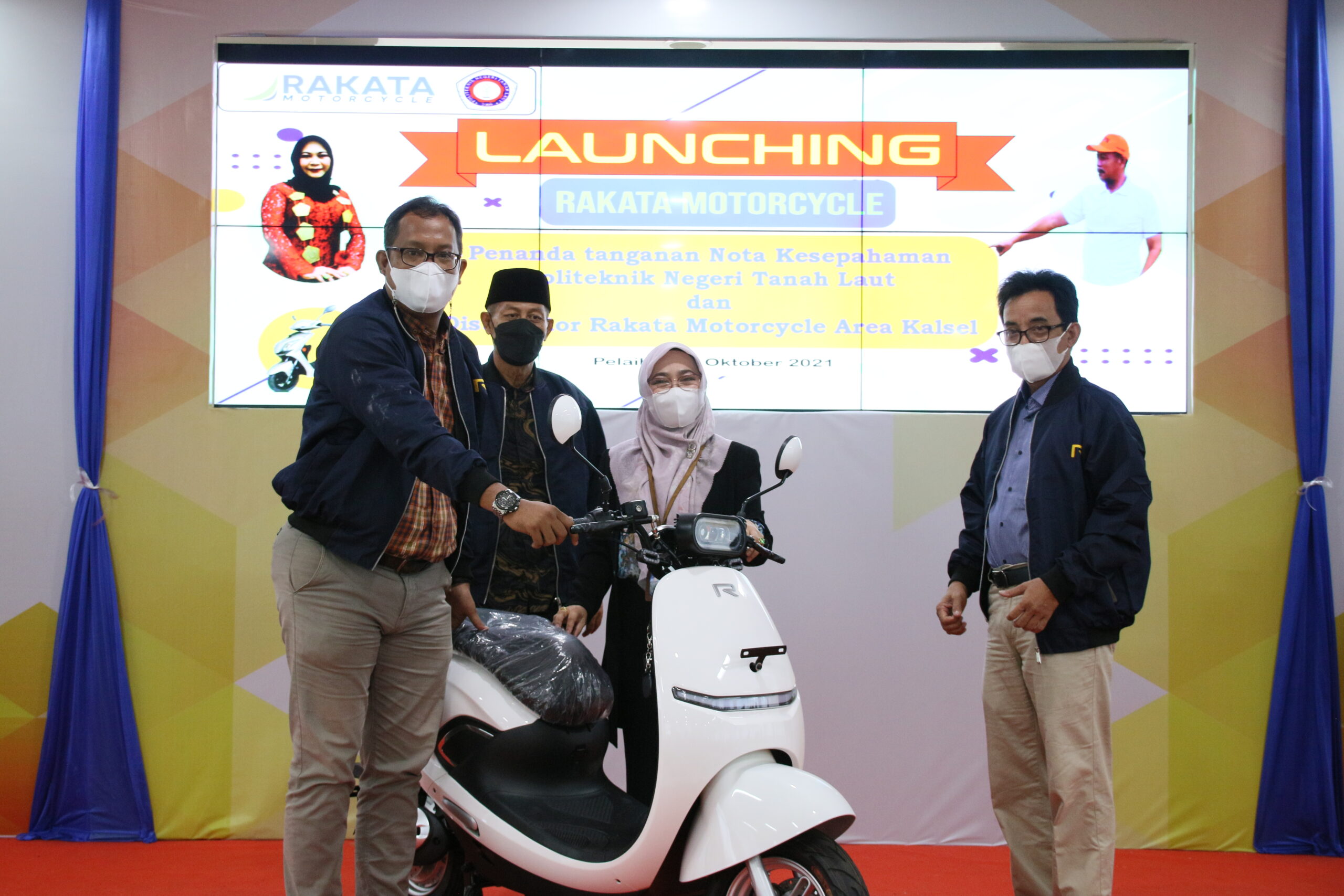 Politala- Located in the Informatics Engineering Building Hall, Tanah Laut State Polytechnic held a Memorandum of Understanding (MoU) as well as the Launching of Electric Motorcycles with the Pelai Motorcycle Rakata Dealer on Monday, October 4, 2021.

This collaboration is a form of Politala’s support to reduce the use of fossil energy such as fuel oil (BBM) which causes air pollution.

This event was attended by the Director of Politala Dr. Mufrida zein, S.Ag., M.Pd, Politala Board of Trustees as well as Head of Rakata Motorcycle Dealer Pelaihari Dr. Sihabuddin Chalid., M.M.Pd, General Manager of Rakata Jakarta F. Djovani, Head of Distributor of Rakata Motorcycle in South Kalimantan, all Structural and Non-Structural officials, as well as representatives of the business and industrial world.

In the future, all vehicles will no longer use fuel oil, all will be replaced with the use of renewable fuels such as this electric motorcycle, said Sihabuddin Chalid in his speech.

“Whoever is able to read this rapid change will be the winner. I also hope that in the future Politala can become one of the suppliers of spare parts for this electric motorcycle,” he added.

The event continued with the signing of a memorandum of understanding between Politala and Rataka Motorcycle, which was signed directly by the Director of Politala and the Head of Distributor of Rakata Motorcycle in the South Kalimantan area.

Further remarks by the Director of Politala. The Director in his speech said that in the future, humans will face a scarcity of energy resources, especially those from fossils. So that electric vehicles with renewable fuels like this can be the right choice.

“Politala also has a study program that is very relevant in this regard, namely the Automotive Technology study program. Of course, we hope that with this collaboration, our students can take part in internships at the Rakata electric motorcycle company so that they can gain as much knowledge as possible,” said the Director.

General Manager of Rakata Jakarta F. Djovani also gave his speech. Djovani revealed that in accordance with Presidential Regulation No. 55 of 2019, Indonesia must immediately use electric vehicles. This is because Indonesia has reserves of main battery materials such as nickel and manganese.