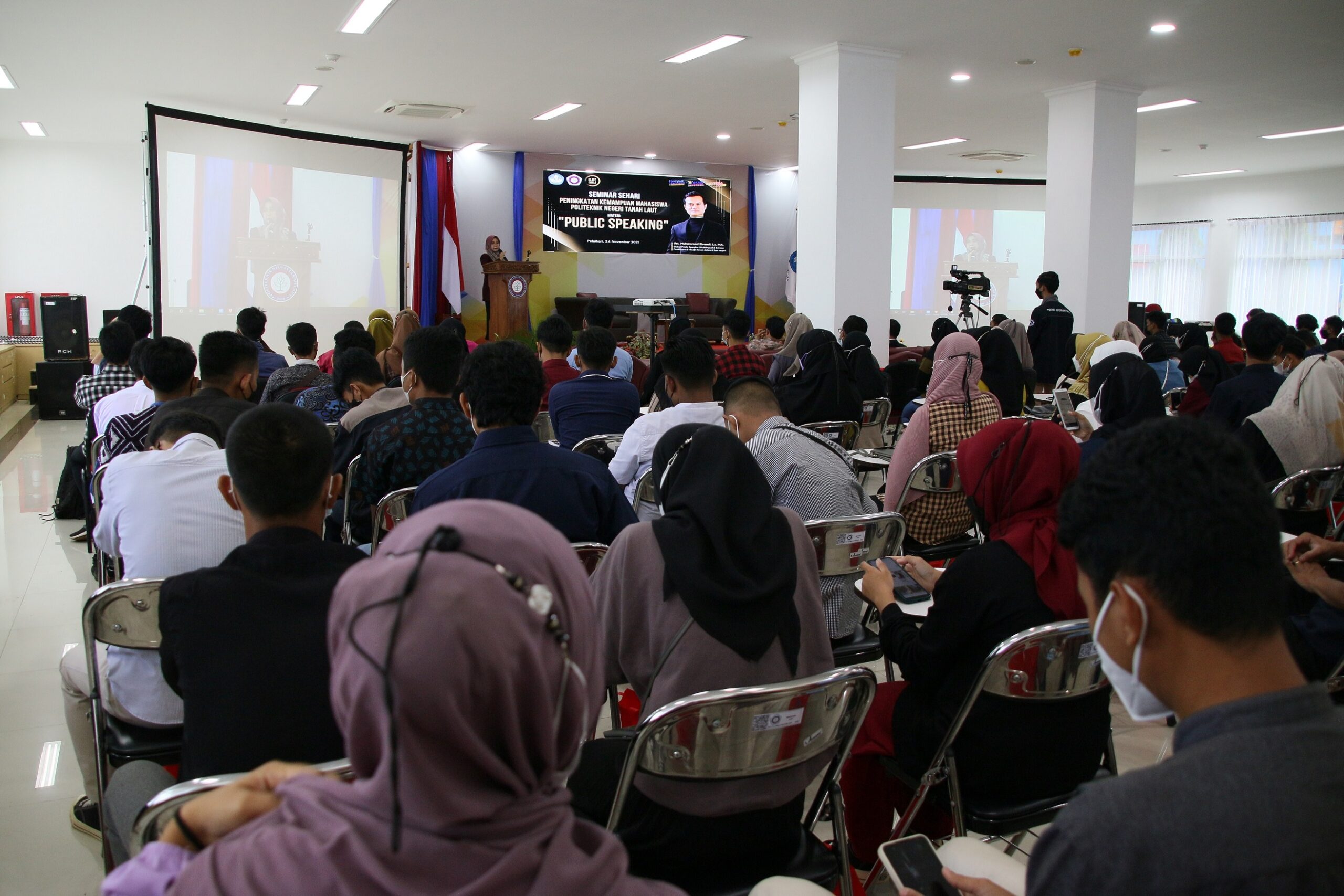 Politala- Tanah Laut State Polytechnic held two activities at once on the same day, namely, a Seminar on Public Speaking Skills for Semester 1 and 3 students and a Workshop on Increasing Insights in Developing the Vision and Mission of the Politala Institution which was attended by all Politala academics. The activity was carried out in the Politala IT Building Hall, Wednesday, November 24, 2021, online and offline.

One of the Founding Fathers or the founding figure of Politala, H. Adriansyah was also present and gave a speech to all students who were present.

In his speech H. Adriansyah said, communication skills have a very big influence on one’s success. “So prepare really. This is a golden opportunity for children, students and lecturers. In fact, I have always said that it is none other than the Politala person who will become the regent of Tanah Laut and may become governor in ten, fifteen, and maybe twenty years in the future,” said H. Adriansyah.

Before entering the seminar material presentation session, the Director of Politala Dr. Mufrida Zein, S.Ag., M.Pd. gave remarks and thanks especially to H. Adriansyah as the founding father of Politala and Ust. Elvandi as a resource person, and officially opened the activity.

In his speech, the Director conveyed the importance of participating in this public speaking training. “In my opinion, public speaking skills are very important for all students, even lecturers and educational staff to interact both on campus and in the community in carrying out their respective missions and visions,” said the Director.

There were two materials presented by Kang El at this seminar, including mental building: mindset persuasive speaker, namely material on the basis of mental building why we need to become a public speaker and persuasive strategies (influence) in speaking.

The second material is about developing ideas, which is about how to build an appropriate idea that can be accepted by listeners and its strategy and management.

Meanwhile, at the Workshop on Increasing Insights in Developing the Vision of the Politala Institution. Kang El had more discussions with Politala’s lecturers and education staff. One of the important points being discussed is the importance of religious knowledge in understanding the sciences studied by humans.

Kang El hopes that these seminars and workshops can be carried out more intensively, massively and systematically. “So it is hoped that Politala students will not only be able to do something, but can be leading, namely becoming leaders in various projects in Indonesia and in Southeast Asia,” concluded Kang El. Hms_Politala

Visitation of the Finance Bureau and BMN Kemendikbudristek Team to Politala