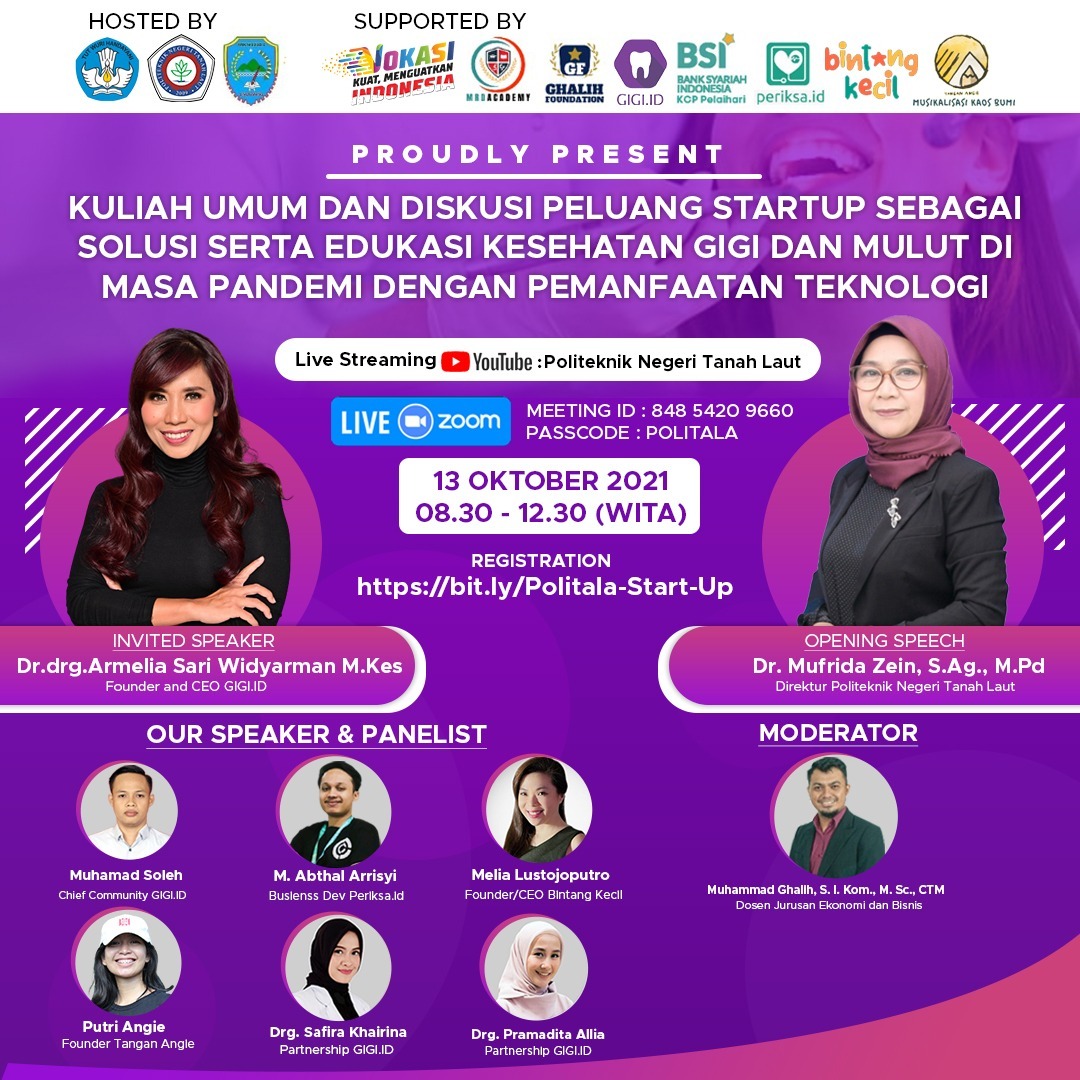 Politala – Held a public lecture & discussion on startup opportunities as a solution as well as dental & oral health education during the pandemic using technology, Wednesday (13/10). This online activity via zoom & YouTube streaming was organized by the Tanah Laut State Polytechnic (Politala) with SMK Negeri 2 Singkawang as the Politala partnership.

“Tanah Laut State Polytechnic, in accordance with the stated Vision and Mission is to create graduates who excel in various fields including Technoprenuer,” said the Director of Politala, Dr. Mufrida Zein, S.Ag., M.Pd in ​​his speech when officially opening the activity.

Head of BSI KCP Pelaihari, Zainal Abidin in this regard also gave a speech. Then the Principal of SMK Negeri 2 Singkawang, H. Aprizal, M.Pd also participated in the activity.

The total participants who attended online via zoom were around 400 participants, mainly consisting of Politala students.

The Director of Politala expressed hope by holding a public lecture that invited speakers from GIGI.ID, “As the first telemedicine application that focuses on dental and oral health in Indonesia, we are looking forward to this collaboration, especially for our students. Both patients and dentists are greatly helped, because during a pandemic like this there are many limitations in dental and oral examinations,” he concluded. Hms_Politala