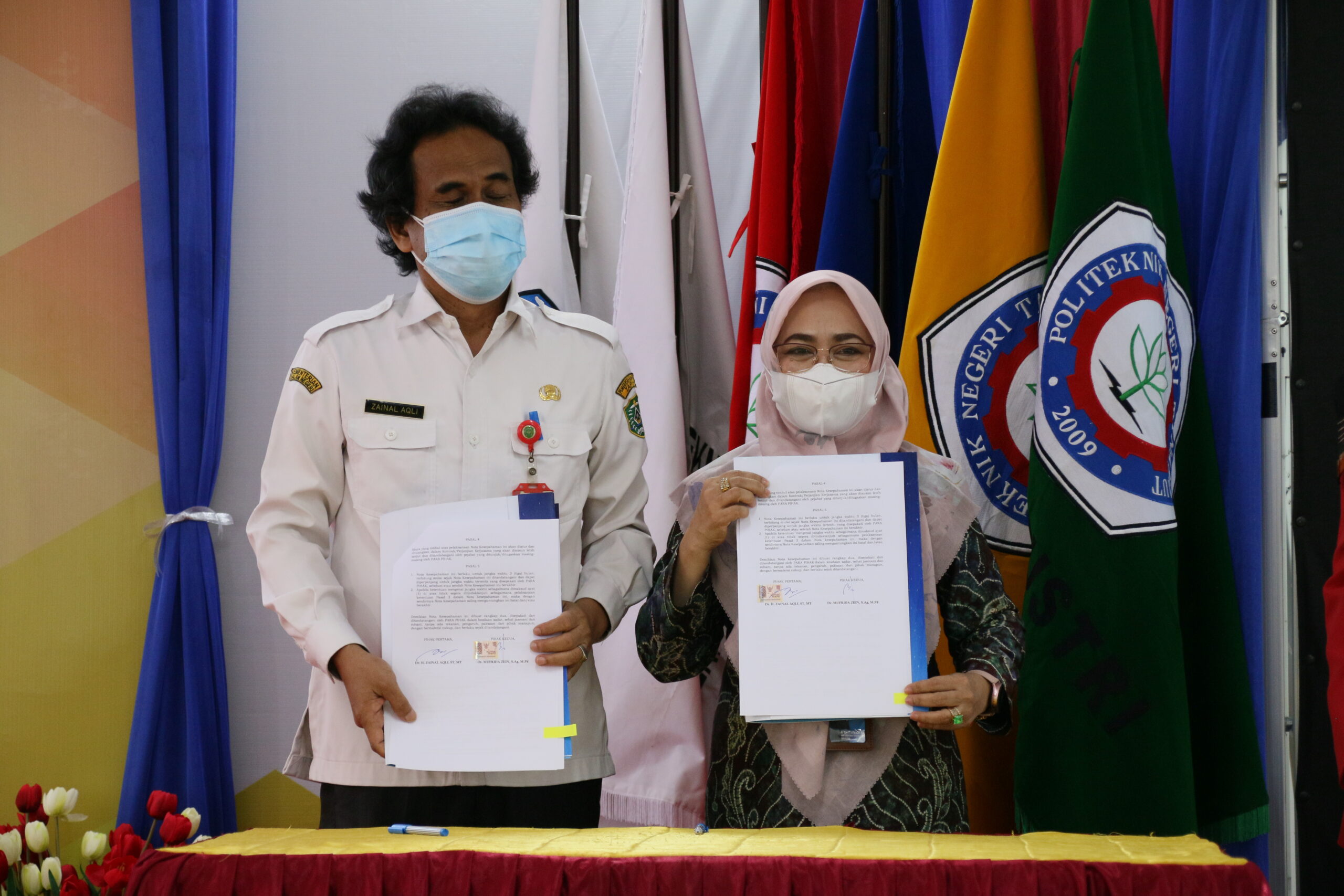 Politala- Located in the Informatics Engineering Building Hall, Tanah Laut State Polytechnic (Politala) signed a memorandum of understanding or MoU and a Research Contract with the Development Planning, Research and Development Agency in Tapin Regency. (22/9)

Singing the national anthem Indonesia Raya opened the event, followed by the signing of the MoU between Politala and R&D Tapin which was signed directly by the Director of Politala and the Head of R&D Tapin.

Next, the signing of the Swakelola research contract for the 2021 Fiscal Year. The contract was signed by Marlia Adriana, ST., MT as the Head of the Politala Research and Community Service Center with the Head of Research and Development Tapin.

The event continued with remarks by the Head of the Center for Research and Community Service (P3M) Politala Marlia Adriana. Marlia revealed, Politala has a Research Team of lecturers from all majors who will be ready to help and open the widest possible collaboration related to research from Tapin Research and Development.

“Hopefully in the future we can communicate again and we will help for the progress of research, especially for Tapin Regency and Tanah Laut Regency,” said Marlia.

Followed by remarks by the Head of Research and Development Tapin Dr. Zainal Aqli, ST., MT. In his speech, Zainal expressed his impression of the development of Politala and became an inspiration for Polytechnics in Tapin Regency.

“Hopefully, with a very good welcome from Politala, it will make a good start so that we can collaborate in the field of research and service between Tapin and Tanah Laut Regencies,” said Zainal Aqli.

On the same occasion, the Director of Politala also gave a speech. The Director said the signing of the MoU between Politala and Tapin Research and Development was a synergy for the quality of education related to the Tri Dharma of Higher Education, namely research.

The Director continued that he hopes that from this activity, we can cooperate in the context of developing human resources between the two parties. So that it will be useful and sustainable in the field of research and service.

“I would like to thank the R&D Tapin for the research results obtained, it is hoped that it can produce regional products that can be useful and also develop regional products to be better known to the international level,” concluded the Director.

It is hoped that in the future Politala can continue to improve in addition to link and match with the industrial world, but also research collaboration with related Regional Work Units (SKPD) as an increase in the quality of vocational education and the quality of superior human resources of the Tanah Laut State Polytechnic. Hms_Politala